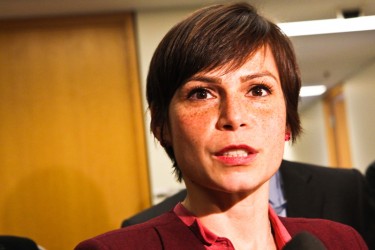 The independent lawyer appointed to represent Aboriginal interests at the inquiry into the Robert Pickton police investigation of murdered and missing women backed out of the hearing last month and has now been replaced.

According to Vertlieb, Commissioner Oppal believes that this role of Independent Council is crucial to ensure that Aboriginal interests are presented at the inquiry.

“Both Narbonne and Hunt are respected, experienced legal professionals. Commissioner Oppal has every confidence in each lawyer’s ability,” Vertlieb stated.

“It’s going to be incredibly challenging because I’m stepping into a case that’s already in progress. But I’m completely confident I can do this,” Narbonne told Raven’s Eye over the phone.

“This role of independent council is an important and crucial one. I wanted to be a part of it because I knew I could do a good job.”

“I really am just submersing myself in the file,” she said.
Narbonne started her legal career as a staff lawyer with Legal Aid Manitoba in The Pas, Man. She was called to the Bar in Manitoba in June 1989 and in British Columbia in May 1995, when she moved to Prince Rupert. She lived in Prince Rupert until January 2011 and now lives in Gibsons, B.C. where she continues as a sole practitioner in the fields of criminal law and human rights.

Hunt is a lawyer and a member of the Kwakiutl Nation. She was called to the Bar in B.C. in 1995. Her practice areas include Aboriginal law, specifically treaty negotiations, residential school claims, corporate and commercial, intellectual property, wills and estates as it relates to Aboriginal interests.

The new appointments were announced two weeks after Robyn Gervais, the former independent council, had announced her resignation.

In a statement Gervais cited delays in calling Aboriginal witnesses, an apparent lack of panels on Aboriginal issues and the focus on police witnesses as reasons for her March 5th resignation.

“This inquiry is fundamentally about missing and murdered women, a disproportionate number of whom were Aboriginal,” said Gervais, who is Métis.

“As I leave, I regret that I could not find a way to bring the voices of the missing and murdered Aboriginal women before the commissioner,” she added in her statement.

Allegedly Gervais attempted to address the commission early March 5, without hinting at what she would say, but later claimed inquiry Commissioner Wally Oppal told her there wasn’t time. That prompted her to walk out of the federal courtroom where the inquiry is being held.

Gervais was one of two independent lawyers appointed by Commissioner Oppal last year.

Prior to the inquiry, which began last October, Oppal had granted status to a range of advocacy groups representing sex workers, drug users, Aboriginal people and residents of Vancouver’s Downtown Eastside, and he recommended they receive government funding to hire lawyers. But the Christy Clark government rejected the funding request, prompting nearly all of those groups to pull their participation.

Oppal then appointed Gervais to represent the broad interests of Aboriginal people and another lawyer, Jason Gratl, to advance the interests of Downtown Eastside residents.

Grand Chief Stewart Phillip of the Union of BC Indian Chiefs [UBCIC] said he supported Gervais resignation.
The UBCIC pulled out of the inquiry prior to it beginning last Fall.

“The Union of BC Indian Chiefs stands in solidarity with Robyn Gervais for taking the principled stand in relation to pulling out of the Missing Women Commission of Inquiry,” said Phillip.

“ A whole variety of women’s groups from the Downtown Eastside and Aboriginal organizations have fought and struggled for well over two decades to achieve a full public inquiry into not only the missing and murdered women of the Downtown Eastside but including the women missing from the Highway of Tears,” he explained.

“We were elated when the government agreed to call a commission of public inquiry, however we were not included in drafting the terms of reference, nor were we involved in the selection of the Commissioner,” Phillip said.

“Robyn Gervais struggled and made a real effort to work through the shortcomings in the inquiry,” Phillip added. “The Aboriginal voice was completely marginalized and relegated to the sidelines. The inquiry was dominated by the police witnesses who were simply covering their backsides and utilizing the commission as their self-serving confessional,” he said.

“As far as we’re concerned, [finding a replacement for Independent Council] is an absolute act of desperation,” said Phillip, adding the entire ordeal has been “tragic.”
“The commission has absolutely no credibility and it’s been a complete waste of time,” he said.

The First Nations Summit, which was the last Aboriginal organization to back out of the inquiry March 5, said it is puzzled as to what role the independent council overseeing Aboriginal issues will take in the inquiry.
“In the face of lack of Aboriginal participation what recommendations can they make?” asked Grand Chief Edward John.

“How do you represent Aboriginal issues without Aboriginal people being involved?” he asked.

In an open letter to Commissioner Oppal dated March 6, the Summit said their dropping out of the inquiry came down to a lack of First Nation input and consultation throughout the inquiry process and the blatant disregard shown to Aboriginal groups through the lack of funding support.

The FNS called the process “a systemic pattern of discrimination,” before doubting the integrity of the inquiry.

“We feel the inquiry will not be able to fulfill a critical part of its mandate,” the FNS stated.

John says the entire process has been unbalanced, leaving a “real missed opportunity,” in its wake.

But commission lawyer Art Vertlieb is more optimistic.
“I think it has been a fair process,” he said. Individuals and groups who have wanted to participate in the hearing have.

Vertlieb said Gervais’ resignation came as a shock.
“We were surprised. We had no indication that [Gervais] was having any issues,” he said.

But when asked if he felt that the Aboriginal voice had been fairly represented throughout the six-month inquiry, Vertlieb didn’t want to commit.

“Once we see the work that Narbonne and Hunt are going to do, I will be better able to comment on that,” he said.

“The important part of it is that the commissioner is invested in having Aboriginal interests canvassed at the inquiry,” he stressed.

“I think that the inquiry is only as good as its report and recommendations,” said Vertlieb. “And at the end of the day the people of the province will decide if the recommendations are heard and then they’ll judge the work of the inquiry,” he concluded.

For her part, Nabonne said she plans to make the most of her opportunity.

“There are voices that need to be heard and I’m going to make sure they are,” she promised.

Serial killer Robert Pickton was arrested in 2002, and the remains or DNA of 33 women were found on his farm in Port Coquitlam. He was eventually convicted of six counts of second-degree murder.

The inquiry is examining why police failed to apprehend Pickton between the early 1990s to the early 2000s when sex workers from Vancouver’s Downtown Eastside began to vanish.

Commissioner Oppal is expected to issue a report by June 30 which will provide answers †as to what went wrong during the police investigation and make recommendations for the future.