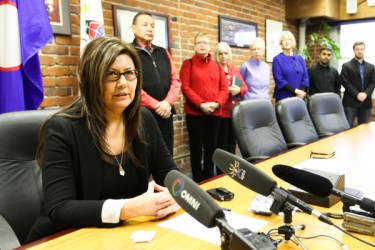 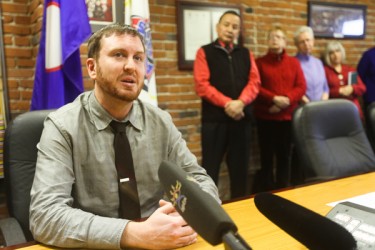 Environmental, labour and democracy activists have thrown their weight behind a lawsuit by Hupacasath First Nation, which hopes to halt a major Canada-China trade pact through the courts.

According to band councillor Brenda Sayers, the B.C. lawsuit “reached a milestone” on Feb. 13 with affidavits of support submitted by the Union of BC Indian Chiefs, the Chiefs of Ontario, and several other bands.

At issue: the Canada-China Foreign Investment Promotion and Protection Agreement (FIPA). Critics fear the deal–being hammered out confidentially–would allow corporations of either country to sue a government over environmental, health or Aboriginal legislation, and potentially constrain Indigenous rights or treaties.

“This insidious agreement was negotiated behind closed doors, in secret,” said Stewart Phillip, president of the Union of BC Indian Chiefs. “This is a serious issue of major concern to First Nations people across this country; clearly it violates and undermines treaties across this country.

“It represents a very real and genuine threat to the interests of First Nations here in British Columbia... You cannot buy, sell or barter what you do not own. The Government of Canada, the provinces and the corporations do not hold title to the lands and resources comprising this country and province. That falls within the purview of the Indigenous peoples of this country.”

For Ben West, Tar Sands Campaigner with the group Forest Ethics Advocacy, the Canada-China deal seems tailor-made to lock in the Conservative government’s support for controversial pipelines from Alberta’s oil sands. That is because the deal would be binding for 31-years and penalties imposed for breaching it.

“As an environmentalist, it’s hard to look at what’s going on right now with the FIPA and not see the names Kinder Morgan and Enbridge written all over it,” said West. “It’s hard to look at FIPA and all this negotiation going on behind closed doors and not think that this is very much about the export of oil. It’s very much about the protection of the Canadian oil industry’s interests.

“I, for one, think the fact this is happening behind closed doors shows that our government is scared to talk to the people–scared to hear the voices of the average Canadian –because if they heard those voices loud and clear, it would be transparent that nobody wants this to go forward.”

But the federal department of International Trade takes issue with the deal’s opponents, arguing that the FIPA merely protects and facilitated economic investment between the two countries, but cannot override regulations or bypass national security concerns.

“This agreement does not impair Canada’s ability to regulate and legislate in areas such as the environment, culture, safety, health and conservation,” said Rudy Husny, the minister’s Press Secretary. “FIPA contains the exceptions found in our other treaties that preserve policy flexibility for certain sensitive sectors and activities, including rights or preferences provided to aboriginal peoples.

Hupacasath filed their injunction request in January, with the financial support of the self-described “pro-democracy” activist group Leadnow.ca, who fundraised more than $30,000 among their 225,000-strong membership.

“We agreed it was our fiduciary responsibility to protect the Aboriginal rights and title of our First Nations people, by challenging the FIPA and demanding proper consultation,” said Brenda Sayers, elected councillor of Hupacasath First Nation.

“The federal government failed to consult First Nations according to Section 35 of the Constitution – thereby violating Canada’s own laws.

“It appears that this treaty will more than likely override the rights of those treaties that were negotiated in good faith with the government years ago... Many of our First Nations already live in poverty. It is our opinion that this will create more poverty. We’re demanding the government of Canada consult with First Nations people.”

The lawsuit gained the support of several major unions, including the BC Federation of Labour, the Canadian Energy and Paperworkers Union, and the BC Teachers Federation (BCTF).

“The very least that we must demand of our federal government is a rigorous, open and transparent debate on the issue of the free trade pact with China, and on any free trade pact,” said BCTF President Susan Lambert at a Feb. 20 press conference in Vancouver. “We should demand that together – unions, Aboriginal peoples, environmental groups, religious leaders and everyone.

“The history of trade and commerce on this continent has been a history of colonialism. And the experience we’ve had with free trade pacts is they have eroded the regulatory and legislative framework we put in place to have a civil society. They have eroded the rights of working people, regulations protecting the environment, and they have been an assault on the rights of Indigenous Peoples.”