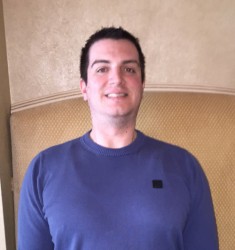 As one of the province’s few Aboriginal physicians, Dr. Daniel McKennitt is both confronting and breaking down stereotypes while continuing to work towards bigger and better goals in his field. McKennitt is Ojibwe, originally from Sandy Bay First Nations outside of Winnipeg, but grew up in Edmonton where he went to university and medical school. He recently finished his residency in family medicine, and works at a clinic in Edmonton as well as in Maskwacis.

McKennitt didn’t always want to be a doctor. He wanted to be a teacher, influenced by his mother’s example. This aspiration changed when he started tutoring and student teaching.

“I saw that a different path was in store for me when I saw that Aboriginal people were the poorest people in Canada and ironically to me at the time they had the highest rates of HIV/AIDS. This was similar for many other countries with Indigenous people. This spiked my interest in the medical field,” he said.

McKennitt works at a walk-in clinic in Edmonton on weekends and is working towards his Masters in Public Health during the week. As the appointments are fast and impersonal, a large number of his patients do not recognize him outwardly as Aboriginal.

“However, my non-Aboriginal patients that do recognize I am Aboriginal are usually surprised at first. Many people are not thinking of a First Nations as a physician. Moreover, knowing where I came from and my culture allows me to explore the social determinants of health with my patients, (which is) a very important component in medicine,” said McKennitt.

In Maskwacis, he can cultivate relationships with his patients, who have longer appointments, and explore their complete mental, physical, emotional, and spiritual health. Although McKennitt hasn’t experienced direct discrimination while working in his field, he has encountered confrontations with systemic discrimination, such as people making comments and assumptions about Aboriginal people.

“It is difficult to deal with these situations head on in the hierarchical system of medicine,” McKennitt said. “The Elders have always told me it is better to attract people than provoke/confront people, so I have always done my best to demonstrate that this discrimination is not true.”

McKennitt’s long term goals include changing the attitudes of Canadians towards Aboriginals and improving the health of Aboriginal people. He plans to become a medical officer of health and to continue to practise family medicine on a part-time basis.

His cultural background has influenced how he views the practise of medicine. “I think being a First Nations physician has always allowed me to think of a patient in all four dimensions. This takes into consideration hopefully the full extent of the patient’s problem hopefully resulting in better patient-centred care,” he said.

Most of all, McKennitt emphasizes that cultural connection in health can provide protection against diseases such as diabetes and provide strength to battle suicide.

“Through the horrors of residential school to the daily discrimination faced by many still to this day, Aboriginal people continue to fight to improve their lives and the lives of their children. This is achieved often by connection to their culture,” he said. “Improving connection to our culture is not only the responsibility of Elders but all of us.”

Photo Caption: Dr. Daniel McKennitt has office hours both in Edmonton and Maskwacis