Art and education go hand in hand for Pan Am relay 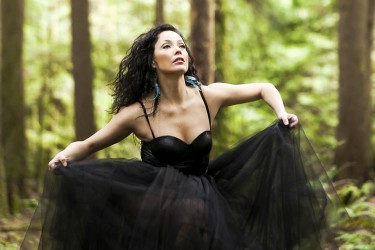 The international spotlight will be on Toronto this summer as the city hosts both the Pan American Games and Parapan American Games.  Prior to these athletic competitions, however, various groups are joining forces to bring Toronto some recognition through the Pan Am Path Art Relay.  These events, which include an Indigenous one called First Story Toronto, will help to celebrate the city’s diversity, nature, arts and active outdoor living.

First Story Toronto, which will run from June 20 to 26, will consist of walking, cycling and bus tours along Toronto’s lakeshore. It was organized with the assistance of those from The Native Canadian Centre of Toronto.

“Toronto has been around for only about 200 years,” said Jon Johnson, one of the First Story lead
organizers who will also serve as a tour guide.

“But the Indigenous history of this land is about 11,000 years old.”  Chances are the majority of the city’s residents don’t even know that the name Toronto derives from the Iroquois name
of Tkaronto.

First Story Toronto will kick off on June 20 with both bike and bus tours, departing from the Visitor Centre at the Fort York National Historic Site. A ceremony will then be staged at the waterfront campus of George Brown College. Those on the tour will have an opportunity to listen to Aboriginal storytellers and learn about some historical city facts.

Tour participants will
then cycle (or take the bus) to Underpass Park, where there will be a live art festival. Afterwards those on the tour will venture back to Fort York where there will be another Indigenous-themed arts festival.  Johnson is hoping First Story Toronto, as well as other events that make up the Pan Am Path Arts Relay,
will drum up plenty of support for the Pan Am Games, which run from July 10 to July 26 as well as the Parapan American Games, which are set for Aug. 7 to Aug. 15.

“We want to build up excitement that the Games are coming,” Johnson said.

“And hopefully it will draw some tourism for the Games as well.”

Day 2 of First Story Toronto will consist of a three-hour walking tour, which will start at Exhibition Place and conclude at Fort York.  The theme of this tour will be food, Indigenous medicines and the environment. A tour stop will be Fort Rouille, a fur trading fort from the 1700s.  The Day 2 walking tour, being held on National Aboriginal Day (June 21), will conclude at Fort York, where a powwow will be hosted by the Mississaugas of the New Credit First Nation, which has been appointed as the host First Nation of the Games.

Another walking tour is scheduled for June 22. This one will incorporate the themes of sports, arts and lifeways.  Bike tours will follow on June 23 and 24 and a walking tour will wrap things up on June 25.  Though all of the tours are free, there will be a varying maximum number of participants allowed. As a result, organizers are encouraging people to register for the tours beforehand.

Times for the tours and other registration details are available at www.panampath.org.

First Story Toronto will officially conclude at George Brown College on June 26. The finale is being called Talking Treaties and will include speakers who will be discussing treaty history and responsibilities. There will also be theatrical and arts activities which the public can take part in, as well as performances from local drum groups and a closing ceremony.

Devon Norstrom, the lead curator of the Pan Am Path Art Relay, believes First Story Toronto will be well received. And he’s confident First Nation people will be content with the presentations.

“I’ve seen some positive noises coming from the partnering communities,” he said.

“I think people are ignorant of the history of Toronto,” he said.
“I think there is a great need for this.”

The First Story Toronto tours are just one of the weekly events that make up The Pan Am Path Art Relay.  The relay began on May 16 and will continue until Aug. 15.

It will be staged over the 84-kilometre Pan Am Path, which will include walking/running/cycling trails. As part of the Games’ legacy, there will also be ongoing construction, which will continue until 2017, to improve and even create additional path connections.

Photo caption: Santee Smith, an award-winning producer and choreographer from the Kahnyen’kehàka Nation, Turtle Clan from Six Nations, is the main dancer in the Pan Am Path Art Relay finale.