Aspiring directors get taste of crash course in cinema 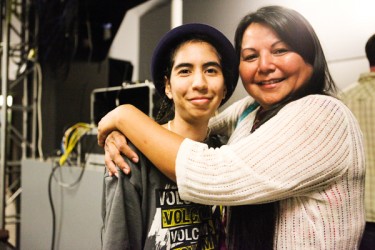 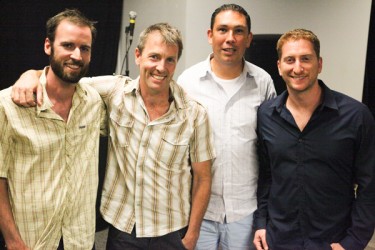 An upcoming program to share filmmaking skills amongst Vancouver’s Downtown Eastside (DTES) residents got a preview on Aug. 20, with an evening workshop on how to fund cinema projects.

A number of local filmmakers and newcomers alike attended the event, sponsored by the DTES-based Canadian Foundation for Creative Development and Innovation (CFCDI). But talk was not only about the filmmaker’s eternal quest for money. It was also about the power of storytelling.

“We’ve seen a lot of examples throughout history of how stories can change lives,” award-winning filmmaker Guy Shalem told Windspeaker. “They can create movements and tectonic shifts that help people understand that gays should have rights, or black people and women should be able to vote, and that sort of thing. Personal stories are a very powerful thing.

“I don’t know much about Aboriginal culture, but I would like to. We should definitely have the emergence of Aboriginal filmmakers who can tell personal stories. That’s absolutely positive.”

The three director-panelists discussed a new climate for video production today – what MacKenzie referred to as a “digit-oral” age, with an emphasis on grassroots narratives, authenticity and using new technologies and networks to promote projects.

“We have so many stories,” audience member and Neskonlith First Nation filmmaker Doreen Manuel told Windspeaker. “When you put a camera in somebody’s hand, you empower them.

“A lot of our people don’t feel like they’re important. They don’t think their stories are important. They don’t think they matter. I’ve seen it happen, when you put a camera in a young person’s hand that they realize they matter. When they go through the process of making their film–of putting their story on screen–they have an audience. It changes a lot of the way they feel about the world and about themselves.”

Manuel’s 23-year-old daughter Claudia attended the panel discussion with her, and spoke about her own film, a 2010 personal narrative-documentary, “Blanket of Colonization.”

“I wanted to tell my story of all the corruption in my First Nations reservation,” said the first-time cinematographer. “People told me they really liked it because it opened their eyes to colonization–all the colonization in First Nations communities.”

Making Indigenous films is not simply about technique or genre, her mother explained. She would know. After graduating from Capilano University’s Indigenous Independent Digital Filmmaking program, Doreen Manuel went on to become the program’s director. She recently submitted her film, Crazy-8s, to the Sundance Film Festival.

“As a filmmaker, I have a lot of visions,” she said, when asked about her style. “Different stories come to me that way.

“My latest film, ‘These Walls,’ was a dream-vision that came to me. The first thought that came to me after I woke up–it was a really scary vision–was that I should make a film out of it. But I couldn’t figure it out. I finally interpreted it and figured out what it meant: it was about the murdered and missing babies of the Residential Schools. My mother had been raped by a priest; her best friend was impregnated by a priest. I think I’d held subconscious stories about that... So this is my way of letting it out.”

For the event’s organizer, film has the potential to empower and transform Aboriginal people’s lives in the Downtown Eastside. Cinema’s capacity to inspire, provoke and narrate are what he hopes to share through the CFCDI’s 12-week intensive course, which involves learning from masters, building a film portfolio, and creating a larger final project.

“Film is a genre everybody enjoys,” said CFCDI’s director Sean Kirkham. “We pay for 100 per cent of their training, so if there’s an Aboriginal person who would like to go through this program, we’ll pay for them to see it from beginning to completion.

“In the end, (film and storytelling) go hand in hand. Storytelling within Aboriginal culture is paramount. And taking those stories and interpreting them into film is even better.”

One participant said that she’s new to even the idea of filmmaking. The success of another artistic project she founded led to requests to document and record her work.

“I’ve been thrown into making a music video!” laughs Lorelei Williams, founder of the dance troupe Butterflies in Spirit, which commemorates missing and murdered women. “I thought we might as well make a documentary as well, because we’ve been collecting all this footage from the beginning. That’s why I’m here.

“We can’t dance across the Canada – well we could, but it would take a long time,” she laughs. “If you have it on film, you can tell your story the way you want to and get it across Canada faster... If you don’t know someone who’s missing, you don’t really care because it’s not happening to you. But if we can tell them what’s going on and put feeling behind it, they can get it.”

Progressive documentary filmmaker Ian MacKenzie offered a variety of concrete advice to changing the world one film at a time, as well as how to harness social media to create “buzz” around creative projects, and find people willing to pay for them.

“You can’t demand a world of peace,” he told the audience, quoting from his most recent film collaboration with award-winning director Velcrow Ripper, Occupy Love. “Demands have to be specific.”

He concurred that digital filmmaking has much in common with Aboriginal storytelling cultures, and emphasized that “the core of successful funding is being authentic.”