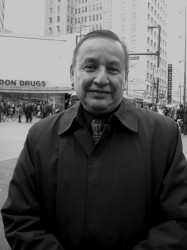 The British Columbia government stands to regulate on-reserve business development for the first time under new legislation introduced on May 3.

The First Nations Commercial and Industrial Development Act (FNCIDA) Implementation Act was tailor-made to bring proposed projects in both Haisla and Squamish First Nations up to code. But some have expressed concern about a “Trojan horse” approach to allow the province to extend its authority onto other reserves.

The legislation corresponds to the federal FNCIDA law, which was originally passed in 2005. The new provincial counterpart was specifically designed around the development needs of two First Nations, said Mary Polak, minister of Aboriginal Relations and Reconciliation, during a conversation with Windspeaker.

“One of the challenges for First Nations who wish to develop on their reserves is the lack of regulation,” Polak said. “Currently, absent FNCIDA, First Nations have the right to develop anything on their land they wish to, without a building code, environmental rules. There is no regulation that applies on reserve.

In a statement released by Polak’s department, representatives of the Haisla and Squamish First Nations – the only two nations to which the bill currently applies – praised the law as the outcome of a partnership with the provincial and federal governments.

“We believe it will enable our lands to compete on a level playing field in the marketplace,” said Ian Campbell, Squamish Nation chief, in the press release. FNCIDA will bring one of the nation’s commercial and residential development projects under B.C. regulations for the first time.

The Union of BC Indian Chiefs (UBCIC) is studying the law, however, commissioning a legal opinion. Although the bill only applies to First Nations which opt in, the group’s head said the matter is of “critical importance” because government jurisdiction represents an “age-old conflict” on reserves.

“On the one hand, we certainly promote and support individual First Nations making decisions in their own best interests,” said Grand Chief Stewart Phillip, UBCIC’s president. “We certainly don’t take issue with that.

“On the other hand, we certainly don’t want the provincial government quietly sneaking in the jurisdictional back door, so to speak. . . The province has always, always attempted to sneak through that back door. We don’t want this to be a Trojan horse.”

Polak cited the Haisla First Nation’s Liquefied Natural Gas (LNG) plant as a key on-reserve development bolstered by FNCIDA. The act brings the plant under the regulation of the Oil and Gas Commission, she explained.

“It’s extremely important – it brings certainty,” Polak said. “Investors would not be willing to put in large money for investment if it wasn’t regulated by the oil and gas commission.”

“The proposed LNG facility is a game-changer for the Haisla people; a vital opportunity to take our place in a fast-growing global industry,” Ross said in a statement. “The legislation the B.C. government is introducing will help bring regulatory and investment certainty to a project that will benefit not only the Haisla people but many others in the North.”

Likewise, Polak said the Squamish First Nation planned development, would now be brought “into the mainstream” and improve its chance of attracting outside investment.

As the result of Squamish First Nation’s FNCIDA-related negotiations, its proposed development project will come under an entirely new land title system administered by the province. Under the title system, future Squamish land leases will be registered with B.C.’s Land Title Office.
For now, groups like UBCIC are exploring what FNCIDA means for reserves in the province – albeit cautiously.

“Very clearly, First Nations across this country have said that provincial governments do not have jurisdiction on reserve land,” Phillip said. “There have been a myriad of court cases to that effect, and it’s my understanding that we’ve never lost that fight in court.”