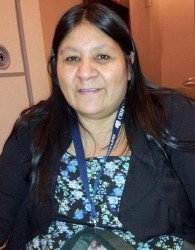 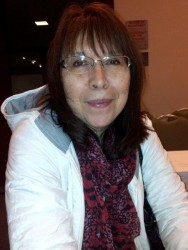 Judy Desmoulin, Health and Social Director of Long Lake #58 First Nation located 330 km east of Thunder Bay, Ont., became aware of the prescription drug abuse problem in her community when she was a Grade 4 teacher. She spoke about Long Lake’s experience at the Chiefs of Ontario Health Forum in Toronto in February, and in a follow-up interview with Windspeaker.

People were abusing Oxycontin and Percocet, narcotic pain medications, said Desmoulin.  The on-reserve population of the community is 430. Out of 166 adults between the ages of 18 and 35, she said about 104 were addicted to prescription drugs.

“I saw the effects on the kids in my class, coming to school hungry, not properly clothed for the seasons or weather, unkempt. A lot of aggressive behavior to other kids, teachers and people in authority.”

“I knew if I got them on a better path, their kids would be looked after much better.” In 2007, Desmoulin was hired as Health Director. She’s encountered no resistance working with families. “They didn’t like the situation they were in,” she said. “These are very powerful drugs.”

Her team offers workshops on grief, loss and childhood trauma, and culture and tradition are embedded in everything. Her team is growing. “As people get healthy and well, they get added to the team,” she said.

Treatment includes the use of Suboxone. Many of the clients are using Methadone which is dispensed by a clinic in a nearby community.

“It’s an urgent situation to get people off meth,” she said, citing a multitude of health problems suffered by Methadone users.

“A lot of the young men and women are toothless, they suffer severe constipation and two people have almost died, weight gain, sugar craving, joint pain and depression.”

Suboxone and Methadone are still drugs, she said, and the goal is to get them off.

“Drugs are a form of security for them,” she said. “You take away the drugs and the memories come flooding in.” Family support is crucial because “it takes a lot of courage to go to those dark places.”

A strong believer in community-based healing, she feels they’re making progress. There are still some people using drugs, but they’ve asked to be put on the waiting list for programs.

A six-bed residential facility is almost ready to open. The length of stay will depend on individual circumstances.

“Since we started this community-based healing,” said Desmoulin, “there are a whole lot of people healing together, and I think that’s the real key to our success. And we need our people understanding and learning what the heck happened to us.”

Liz Atlookan, Health Director of Eabametoong First Nation, also spoke at the forum and in a follow-up interview. Eabametoong is located about 400 km northeast of Thunder Bay with an on-reserve population of 1,200.
“Something was gripping our community. We were almost like strangled, crippled,” she said. People were addicted to Percocet and Oxycontin and turning to crime to pay for their habit. Between January and October 2010, there were 876 occurrences involving police, including arson, vandalism, theft and homicide. “There was a state of panic,” she said.

In October 2010, the band declared a state of emergency. Health Canada visited and said the prescription drug abuse problem was so severe it should be treated similar to a pandemic.

Despite the severity of the crisis, Health Canada provided no funding. The chief and council channeled the band’s funds from Casino Rama to programming and a six-bed detox was opened less than a year later. The residential program has since changed to a 21-day outpatient program treating 20 clients at a time.
A staff of 10 provides treatment that blends western best practices with traditional cultural practices, and includes counselling, education and group work, dispensing of Suboxone, and a land-based program.

“One of our strengths as a community,” said Atlookan, “was using the land. Out on the land, you get a sense of freedom, pride and identity.” Health Canada recently funded this program and participants are taught “anything from snaring rabbits, skinning marten and cleaning and tanning moose hides.”

Over 140 people have gone through the program and the majority are doing really well, according to Atlookan. “There are still issues,” she said. “But the adult population is more stabilized. In stores you see empty shelves, which means people are buying food. You don’t see people running to and fro, from house to house, and kids are back to school more regularly.” The next issue that has to be tackled, she said, is providing job training and job readiness training.