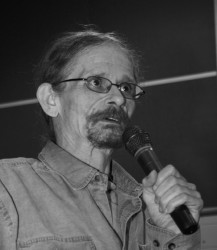 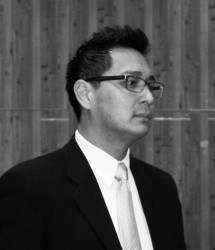 An international agreement developed to protect the environment and prevent bio-piracy escalated into a rights war over genetic resources between pharmaceutical companies, governments and Indigenous peoples before it was even adopted.

The Nagoya Protocol is a United Nations (UN) agreement developed by those who were also involved with the Convention on Biological Diversity, which was held in Nagoya, Japan last October.

The protocol states that Canada will determine who grants genetic resources rights, including those within all Aboriginal territories, unless right granting protocols have otherwise been established by individual tribes.

Genetic resources are linked to Indigenous traditional knowledge in many ways, but generally it starts at the academic level: researchers looking for, say, an element that would reduce pain would go to Indigenous groups to find their traditional treatments for pain. The researchers would then take that knowledge and manipulate the genetics of the elements found in traditional medicines, breaking them down to make a commercially-viable product.

“So if they find chemical xyz, they’ll take it and ramp up its potency so that it can be taken in high dosages,” said Merle Alexander, a Tsimshian/Heiltsuk lawyer practicing Aboriginal sustainable development law. He said the information ends up in pharmaceutical hands. “But first contact came up from academic researchers [who got the information from] the Indigenous shaman.”

What Indigenous advocates want is for the Nagoya Protocol to recognize that Indigenous peoples are often the original source of such products and, therefore, have rights to the eventual product outcome, or access-benefit sharing of the profits made by pharmaceutical companies on borrowed information.

Paul Joffe is a lawyer from Quebec with 37 years of experience in Indigenous issues, both internationally and domestically. He is working with the Grand Council of the Crees and others to make changes in the protocol.

At the UN Permanent Forum on Indigenous Issues held May 16 to 27 in New York, Joffe submitted a paper called the Nagoya Protocol on Access and Benefit Sharing: Substantive and Procedural Injustices Relating to Indigenous Peoples’ Human Rights. The paper addresses holes in the Nagoya Protocol.

“Where Indigenous traditional knowledge relates to genetic resources, the rights to both should be respected and protected as an integral whole,” he said.

This is the fifth joint submission by the Grand Council of Crees since 2009, when they became involved in the issues surrounding the Nagoya Protocol. The protocol had been under development since 2001, so the Grand Council is playing catch-up at this stage of the game.

The Nagoya Protocol comes into effect in 2020 and has yet to be ratified by the signatory nations. Governments agreed to draw up a funding plan by 2012. There will be an intergovernmental meeting about this in Montreal in June.

Currently, the protocol would only seek to recognize established genetic rights. This was what Canada was pushing for.

There are no commonly known legal cases that involve genetic rights and Aboriginal peoples. In fact, Canada has left itself open to bio-piracy—where Indigenous knowledge of nature is exploited by anyone for commercial gain with no compensation to the Indigenous people themselves—by not having genetic resources legislation.

According to Joffe, putting in the “established rights” requirement was done behind closed doors, excluding the Indigenous peoples’ groups that fought to be at the table.

“In the situation of Canada, it’s not only a question of signing or ratifying the protocol, because even if Canada does, Canada has very little real commitment to the UN Declaration of Rights of Indigenous Peoples. They continue to undermine the declaration even though Canada has endorsed it.”

Alexander, who was involved in protocol negotiations, says he’ll be surprised if Canada ratifies it.

“It would make things very complicated,” Alexander said. “Canada probably prefers an unregulated environment. Right now the Canadian government doesn’t have to do anything. There’s no obligation for them to really govern genetic resources. They don’t have to invest anything in it. They don’t have to expand the mandate to make a traditional knowledge law component to the Canadian intellectual property office, which is probably what they’d have to do.”

It could pose a substantial financial commitment to set up a regulatory regime that’s required under the Nagoya Protocol, according to Alexander.

“They would have to create, essentially, a new department; they’d have to create a couple of institutions,” he explained. “They probably can’t financially justify it right now, which is why there’ll probably be quite a bit of a delay on the Nagoya Protocol implementation, because worldwide, countries aren’t looking for new programs to spend on.”

If Canada signed and ratified the protocol it would require the government to make legislative changes to biodiversity, intellectual property, Aboriginal, natural resources and environmental laws.

Cliff Atleo, president of the Nuu-chah-nulth Tribal Council based in British Columbia, is not hopeful about the protocol’s outcome.

“I expect very little in terms of benefits for our people,” he told Windspeaker. “I expect negative impacts against our people.”

A meeting in Nanaimo on Vancouver Island about the Nagoya Protocol provided some information, but when Atleo attended he was shocked to see a little more than a dozen people present.

“I couldn’t believe it,” he said. “This is really big. The information was good and we were collectively agreeing upon a lack of First Nations involvement in this whole exercise.”

Atleo also noted the loss of environments due to poor management practices, which the Nagoya Protocol boasts as one of its forefront issues to prevent.

“Environments have been altered that reduce the likelihood of the kind of medicine we need from particular environments to be sustainable,” Atleo explained. “This whole genetic resources stuff, it’s about the pharmacy industry. It’s about opening the doors wide for anyone who wants to come in and develop using our resources within our territory. That’s not right.”

In Port Alberni, Keith Hunter of First Nations Wildcrafters, BC, was engaged in the Nagoya Protocol on a national level before it was adopted last October. Wildcrafters is an Aboriginal business specializing in non-timber and value-added forest products and services that Hunter owns with his wife Anne.  They are also involved in traditional knowledge and genetic resources management.

“We do not view our business as being separate from the lands or waters or from the community,” Hunter explained.

“As an Aboriginal business we always ask ourselves in making decisions whether it is good for the forest and waters; is it good for the community; is the decision capable of carrying forward traditional knowledge, values and practices; and is it good business from a business point of view?”

When all of these questions are answered, then a decision can follow, he added.

“This was the case when it came to the Nagoya Protocol,” he explained. “I never thought we would ever come to a point in time where ownership of DNA and the question of who owns the knowledge we passed down through generations would ever even be a question.”

However, staying informed on what happens at international and domestic legal levels is important, according to Hunter.

“I do believe that we have a common struggle as grassroots people to take care of what has been passed down and to accept our responsibility to ensure that these treasures of knowledge and resources are there for the unborn generations,” he said.

“These things do not belong to us. What belongs to us is the responsibility.”