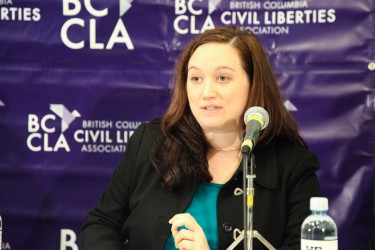 There are many terms for the segregation cells for prisoners banned from mingling with their peers behind bars. But a new lawsuit is seeking to curb the “over-reliance” on solitary confinement in Canada, particularly in cases when no offence was committed to warrant isolation.

Prisoner advocates John Howard Society and the B.C. Civil Liberties Association launched their constitutional challenge in B.C.’s Supreme Court on Jan. 19, the first of its kind against segregation in Canada, arguing the practice is discriminatory against Aboriginal people and those with mental health conditions.

“Prisoners may be held in solitary confinement for months and years at a time,” said a lawyer on the case, Alison Latimer with Farris, Vaughan, Wills & Murphy LLP.

When it comes to inmates segregated for purely administrative, not disciplinary, reasons, the rationale for being thrown in the Hole is “very broad and very vague,” she continued, “and the prisoners may not have a very good understanding of why they’re being segregated, how long that segregation’s going to last, or how they’ll bring it to an end.”

Only two per cent of prisoners in solitary actually committed an offence. The rest are deemed a risk to the institution, themselves or other prisoners. And unlike disciplinary segregation, where the accused is entitled to legal counsel, a hearing process, and periodic reviews, when it comes to administrative cases, “It’s not subject to external oversight or time limits,” Latimer explained.

The numbers are revealing: one in every five federal inmates is, at some point, tossed into the Hole.

For Canada’s prisons watchdog, Howard Sapers, the reasons for so many Aboriginal prisoners being cast into isolation for indefinite periods of time are myriad, but likely stem from the same root causes that have filled the country’s jails with Indigenous inmates in the first place.

In fact, despite making up only 3.8 per cent of the Canadian population, Aboriginal people make up 23.2 per cent of the total number of inmates, according to Sapers’ office. In segregation it’s even worse: 31 per cent of segregated inmates are Aboriginal; they spent nearly 16 per cent longer in the Hole than non-Aboriginal prisoners.

In addition, Aboriginal people are more concentrated in higher-security classifications when it comes to federal corrections. Since segregation rates go up in maximum security, so do the disproportionate numbers of First Nations, MÈtis and Inuit in solitary.

“It’s a bit of a vicious cycle,” Sapers argued.

In launching the lawsuit, the John Howard Society cited the 2010 suicide of Eddie Snowshoe, a Northwest Territories Aboriginal man imprisoned after a botched robbery attempt. At the time of his death, the 24-year-old had been under segregation for 162 days after he fashioned a makeshift blade. He had tried to kill himself a previous four times in the Hole, in a cell only nine square metres in size. Last July, an inquiry into his death ruled Snowshoe “fell through the cracks.”

Only three years earlier, Ashley Smith, 19, took a similar path after more than 1,000 days in the Hole; in an emotionally charged inquest into her suicide, the jury ruled her self-choking death was in fact “homicide.” But last December, the federal government announced it would nonetheless ignore recommendations to curb administrative segregation.

Smith and Snowshoe may have been isolated, but they were not alone: out of a staggering 8,700 inmates sent into the cooler in 2011 and 2012, Sapers reported, one in every six were left there for more than four months. More than half for more than a month.

“In solitary confinement, people end up with psychosis, they can end up with hallucinations, mental confusion, breakdowns,” said Julia Payson, executive director of the John Howard Society of B.C. “All of these things are exacerbating behavioural issues that had them go into solitary confinement … They may even exit with a new mental health illness because of the conditions inside solitary confinement. That has a long-term impact on their ability to reintegrate, to be successful, to build a life outside of prison.”

Segregation is also on the rise, according to Sapers’ 2013 report. Over the previous five years, it swelled by 6.5 per cent.

But according to Jason Tamming, a spokesman for Canada’s public safety minister, the government’s priorities remain on the victims of crime — not those who commit it. Therefore the Correctional Service Canada “uses all of its tools to make sure the corrections system actually corrects criminal behaviour, including the use of segregation,” Tamming said in an email.

Nonetheless, Sapers revealed that in fact the federal government recently agreed do an “international benchmarking review of segregation practices around the world,” and he vowed to continue to investigate the practice and make recommendations for reform.

“I am hopeful there’s still room for some policy and operational changes,” he said. Although he said he was not authorized to comment on the lawsuit, Sapers said he’ll be watching closely what the courts decide on a cause he’s championed for years.

Despite Sapers’ numerous investigations as well as scathing findings from inquests into the suicides of Smith and Snowshoe, lawyer Latimer argued that even though “many of [his] reports identified the very same problems, the government fails to act.” She insisted that the lawsuit is not aimed at stopping all segregation — but to curb its misuse and ensure there is accountability and oversight.

“The benefit of a lawsuit is when the court finds the law is unconstitutional, the government must act,” she said. “We just can’t wait any longer for the federal government to choose to do something.”